David Ross just gets it! Every single successful leader has one thing in common; they all have a successful mindset.

David Ross was first introduced to network marketing in 1989, after his mother stumbled upon an old video her neighbour was about to throw out. Soon after that, she and her partner Clive began an amazing journey, going on to build three massive global organisations, travel the world and create an incredible future for their family, including the teenage David.

Growing up in a network marketing household exposed him to experiences and a lifestyle that imprinted on him a huge desire to succeed, both personally and financially. However, network marketing would not be David’s first professional venture.

After four years at university, gaining degrees from both Leeds and Manchester, and having developed a background in theatre and the arts, David landed a job as head of the Expressive & Performing Arts Faculty at Sale Grammar School, one of the leading visual arts schools in the UK.

In 2004, he went on to open one of the largest part-time acting schools in the north-west of England, winning a number of accolades, including North West Business of the Year 2008, for his work with young actors. He then licensed his school as a franchise network across the UK, helping other educators and teachers achieve financial independence.

In 2009, David joined a major British PLC network marketing company, where he continues to develop his growing organisation. His ethics are simple – to build a strong and positive team with a family culture. He is well respected internationally as a speaker and coach and has delivered bespoke training to thousands of distributors in a range of companies in this profession. He regularly interviews and hosts online training with top global leaders in the profession, carrying with him a strong belief in providing high-value content to the network marketing community globally.

In 2015 he was invited by Eric Worre to speak as a rising star at the Go Pro Recruiting Mastery event in Las Vegas, sharing the stage with his hero’s Tony Robbins and Bob Proctor.

David is the best-selling author of the 2016 book Mindset Before Matter – For Your Network Marketing Journey, one of the most gifted books in direct sales in 2017 – and achieving Book of the Month for the UK network marketing community.

You need to be prioritising the choices and decisions that may not satisfy you today, but trust that they will give you abundance in years to come.

In 2016, after an influx of training requests, he launched a coaching company, The Team Works Coaching, which runs generic coaching and mentorship for leaders and individuals outside his own business. He was featured in Networking Times and invited to be a presenter for John C Maxwell’s ’15 Laws of Growth in Network Marketing’. Yet alongside all that, he continues to be a dedicated ambassador for his own company.

His latest project focuses on 90-day priming, with the objective of getting new distributors started the right way and preventing them from quitting early on. In 2017 he followed his first book with a new title, Mindset Before Matter – How to be a Starship Commander, which went ‘best seller’ in pre-launch on Amazon.

By his own admission, David’s first love still lies with the company he joined in 2009, yet he continues to be a dedicated servant of the network marketing community as a whole.

What The Industry Leaders Had To Say

“I first met David in Las Vegas after he attended one of my breakthrough events. After getting to know him personally, it was clear that he had grown up in a network marketing household and already possessed the foundations to be a great leader. I am proud of what he has achieved in the years since. He is a treasured member of the Go Pro family and I have used his story in a number of my trainings.”

“David Ross is theatrical and I mean this in the most positive way! Although he has achieved the highest levels of success in business and network marketing, he brings his love for theatre and drama into his story telling.”

Voted 2017 Top Business Coach, Author of The Game Of Networking

“David just gets it! Every single successful leader has one thing in common. They all have a successful mindset. Without the right mindset nothing else matters. David is a proven leader that has a bulletproof mindset.”

Author of The Four Year Career and Mach2: The Art of Vision and Self-Motivation

“I have had the opportunity to be in the audience and listen to the passion, wisdom and brilliance of David Ross on several occasions. There were thousands present but I think we all felt like he was talking directly to us.”

“I have had the pleasure of sharing the stage with David, he is a true gentleman of the profession and represents the network marketing community with integrity and a passion. There are no airs and graces with him. David articulates his ideas in such a way that both your newest team members and the most seasoned professionals can relate to them.”

Founder of Your Virtual Upline

“David is an incredible leader and someone that has a ton of value to offer anyone looking to become successful in their business. He’s got a servant’s heart and a very unique teaching style that makes it both fun and easy to learn.”

“David is an amazing mentor. He is as sincere and authentic a person as you will ever meet and his quiet determination to help others succeed shines through.”

“David’s sense of duty to his profession is second to none, there are few professional network marketers who can both offer themselves to their own organisation and generically to other companies and maintain the professional balance required to give value to both. I have had the pleasure of spending time with David, brainstorming ideas about how we can be always improving our profession. His unique perspective and approach is always enlightening.”

Accelerate your Network Marketing journey. Register for your FREE audio copy of Mindset Before Matter today, with David’s compliments – AVAILABLE FOR A LIMITED TIME ONLY! 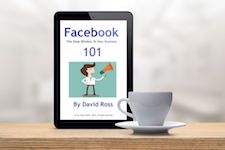